COVID-19 Update: How we are serving and protecting our clients.
Home
Attorney Profiles
Eric Weiss Esq. 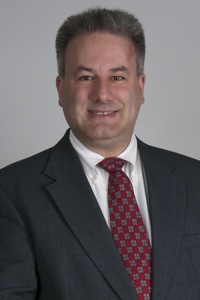 Eric Weiss, Esq. represents companies and individuals in business litigation, specializing in real estate matters. This includes commercial and residential foreclosures, as well as disputes relating to ownership of real estate, partition actions, land use, commercial leases, and landlord and tenant actions, including disputes relating to cooperative and condominium units, and with cooperative boards. He also has extensive experience in prosecuting foreclosure matters from start to finish on behalf of mortgage holders as well as all related litigation involving notes and mortgages.

Born in Brooklyn, New York, Mr. Weiss attended the University of Pennsylvania and Fordham University School of Law. He has over twenty years of experience in working with clients to achieve their goals and settle disputes. He personally handles all litigation matters for the firm and attempts to resolve matters amicably before bringing a lawsuit, if possible. He also is experienced in general business litigation.

He has litigated cases throughout Westchester, Rockland and Putnam Counties, as well as all five boroughs of New York City, and Nassau County on Long Island. Mr. Weiss has conducted litigation matters in New York State and Federal Courts, including Bankruptcy Court.

Mr. Weiss is an active member of the Society of American Baseball Research (SABR). He has made several presentations at the national conventions of SABR, on subjects such as Lefty Grove pitching against the Yankees, historical data relating to sweeping a five game series, and perhaps baseball’s greatest post-season series, the 1912 Chicago City Series, wherein the White Sox overcame a 0-3 deficit (with two ties) to win four straight against their arch-rivals, the Cubs. He is also a three-time team national baseball trivia champion and welcomes all baseball trivia inquiries.

Practice Areas
Client Reviews
★★★★★
I hired Eric Weiss to handle a dispute between myself and a very unreasonable tenant. He worked to resolve my issue with her in a most efficient and professional manner. I would recommend him to anyone who has a landlord-tenant problem. Jeanette B.
★★★★★
Thank you Eric. I thought you did a great job on my foreclosure defense case. I would definitely recommend you. J. Johnson
★★★★★
Thank you for all your help and assistance to get us through this transaction. We are so happy that it is finally over and behind us. Daniel and Margaret L.
★★★★★
Thank you! It’s been excellent working with you throughout this process. I appreciate your transparency. Debbie B.
★★★★★
Thanks to Carolyn for her assistance in my real estate closing. This one was a pleasure. I enjoyed working with her. Michael K.
View More
Submit a Law Firm Client Review